Regular backups of all data, including data on file servers, infrastructure, and critical business applications should be performed. Keep in mind that these backups can also be affected by ransomware. Indeed, more and more cybercriminals seek to attack backups to limit the possibilities for the victim to find his data and thus maximize the chances that he pays the ransom. These backups, at least for the most critical, must be disconnected from the Information System to prevent their encryption, like other files. The use of “cold storage” solutions, such as external hard drives or magnetic Tapes, can protect backups from infection of systems and preserve critical data upon recovery. In this regard, it is important to note that “backup-less” architectures (snapshots) effectively protect against the destruction of isolated data, when it is due to a hardware failure. However, they do not protect against targeted ransomware attacks because the attackers work to encrypt data on all servers.

Quantum’s Tape Libraries take it a step further by offering a built-in off-network secure vault called Active Vault that hides and secures the data placed in that partition and is invisible to the backup software. In combination with the latest LTO-9 technology, you can offer ultimate security with the ability to store up to 45TB of compressed capacity per cartridge. Note: Quantum offers the MFA feature for free for the Tape Libraries that allows protecting the administration interface (targeted attacks).

Veeam B&R, at this moment, “thinks” to export the tapes in the IE Area (zone dedicated to the physical output of the tapes).

You can only act on Active Vault’s tapes from the administration interface (protected by local account, dedicated VLAN, and 2FA).

This is exciting and all, but when will Veeam Backup & Replication (Veeam B&R) support LTO-9? While Veeam fully prepared V11 for LTO-9 based on tech preview hardware testing IBM has arranged for Veeam in October 2020, now that they tested the commercially available hardware Veeam discovered one significant change: a new requirement to initialize new LTO-9 tape media prior to use, which was not there in their preliminary testing. Further, Veeam saw this process takes anywhere from 20 to 120 minutes, making the tape jobs fail due to exceeding timeouts. And unfortunately, the issue came too late for Veeam to address in V11a, which is already in the Release Candidate stage. So now, Veeam’s plan is to release a hotfix for V11a to prevent jobs from failing, and then add some proper integration with this new tape initialization process in V12.

Next week, I will be in Prague for Veeam Vanguards Summit 2021. 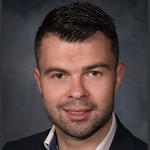